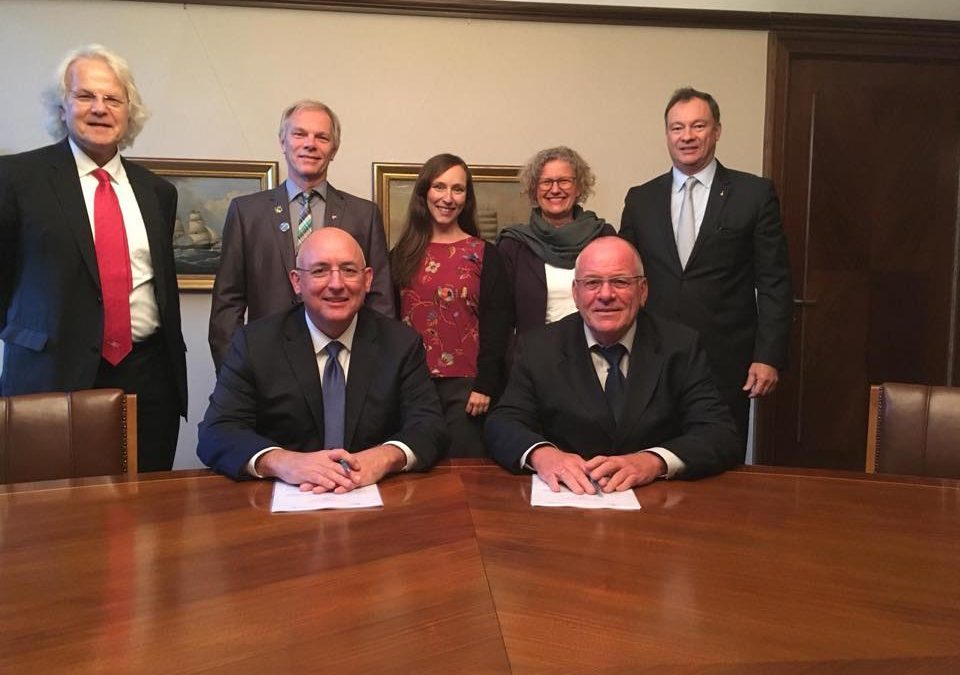 In the frame of the 69TH INTERNATIONAL ASTRONAUTICAL CONGRESS IAC that takes place in Bremen from Oct. 1 to Oct. 5, 2018, Astronautin GmbH and Axiom, Inc. signed an MOU to further intensify their cooperation to bring the first German woman into space.

Bremen, Germany, October 1, 2018 – Axiom and Astronautin have signed a Memorandum of Understanding to enhance their cooperation to bring the first German women into space. The first contact between Astronautin and Axiom was established in 2017; since then a regular exchange of information has taken place. In May 2018 the Astronautin team visited Axiom in Houston and got deep insight into the Astronaut training facilities at the NASA Johnson Space Center. This MOU now sets the basis for their future cooperation, and is an important milestone for Astronautin.

The content of this MOU covers all training services to qualify Astronautin Candidate personnel as Professional Astronauts, eligible for assignment to ISS spaceflight missions according to ISS program procedures.

Axiom also offers commercial flight opportunities to the ISS working within the structure of the ISS program. In the future, it also proposes to provide flight opportunities to its independent Axiom Station. The assignment to a specific spaceflight will become available after the qualification as Professional Astronaut. Axiom has expertise in mission development, experiment definition, hardware design, and in planning, integration and execution of on-orbit research.

The two trainee astronauts, Dr. Suzanna Randall and Dr. Insa Thiele-Eich, are currently training for their private pilot license. The next training steps will be conducted after Insa Thiele-Eich returns from her maternity leave in early 2019.

“This MOU with Axiom brings us a big step closer to sending the first German woman on a space mission. We look forward to implementing this cooperation in the next months”, says Astronautin initiator Claudia Kessler,

Axiom CEO Michael Suffredini added, “We are very pleased to be working with the Astronautin team, and look forward to the beginning of the Astronautin training and eventual assignment of the first German woman to an ISS mission.”

The goal of the “Astronautin” initiative is to send the first German female astronaut on a research mission to the ISS. This female astronaut will encourage women and girls to enter technical occupations and study scientific subjects. Her experimental program aboard the ISS is planned to include research into how the female body responds to weightlessness.

The project was initiated by Claudia Kessler at the beginning of 2016 with the announcement of the selection process for the first female German Astronautin. More than 400 women applied. Two Astronaut trainees, Dr. Insa Thiele-Eich and Dr. Suzanna Randall have been selected and started a

training program in early 2018 The mission to ISS is financed by crowdfunding, strategic partnerships, advertisement and sponsoring. https://dieastronautin.de/en/ Tw: @DieAstronautin

Axiom Space, Inc., pursuant to its commitment to expand the frontiers of human presence in low Earth orbit (LEO), plans to support sovereign nations’ human spaceflight programs through training of astronauts and provision of spaceflight opportunities within the framework of the development of a commercial economy in LEO. Axiom intends to build, launch and operate the world’s first commercial space station, referred to as the Axiom Station, that will first attach to the ISS and later separate and operate independently when ISS is retired. The Axiom team has been involved in every mission to the International Space Station since the program’s inception. The company serves six markets including national astronaut programs, private astronauts, researchers, manufacturers, space exploration companies and advertisers. The mission of Axiom Space is to make living and working in space commonplace, to support sustained human space exploration and to improve the quality of life on Earth. Axiom Space is headquartered in Houston, Texas. https://axiomspace.com Tw: @Axiom_Space Inst: axiomspace_ 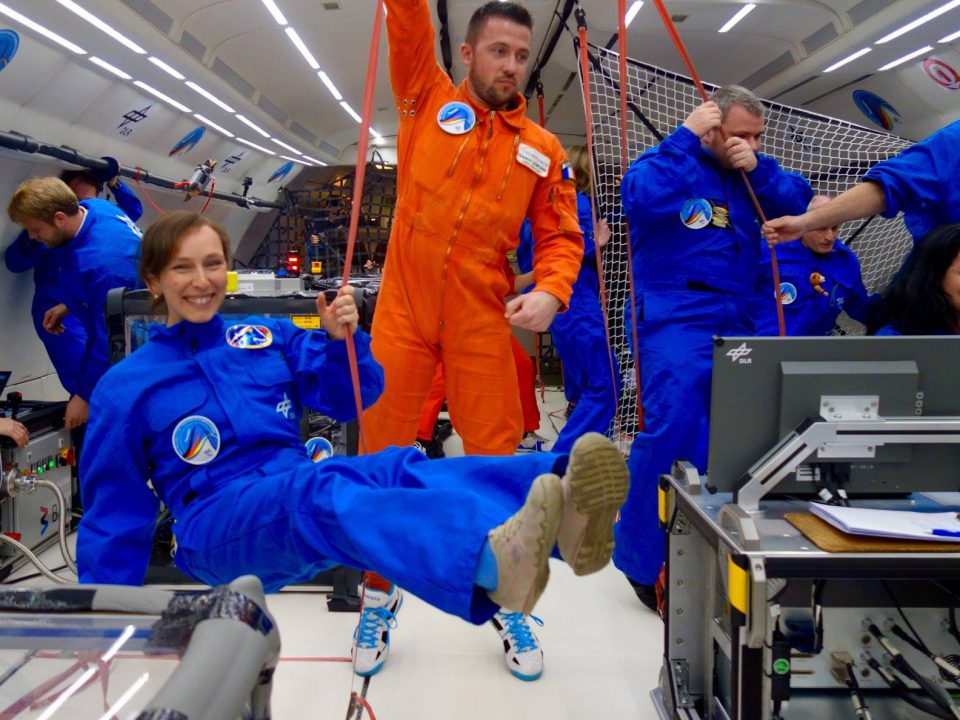